A teenager has to contend with a vampire moving in next door. 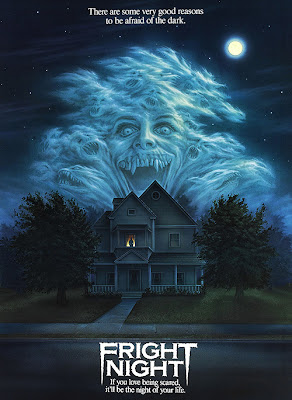 Although slightly burdened by period trappings such as the most tasteless nightclub in cinema history and a dire soft-rock soundtrack, Tom Holland’s vampire film is a lot of old-fashioned creepy fun which depends heavily on a superb performance from Chris Sarandon as the vampire who moves in next door to William Ragsdale’s annoying teenage hero. As the bloodsucker begins to cut a swathe through suburbia, the only solution turns out to be calling in movie vampire killer Peter Vincent, played with immense charm by Roddy McDowell. The film works so well because while it’s often very funny, it takes the monster seriously and creates a credible modern vampire myth. Tom Holland, who wrote the brilliantly ingenious Psycho 2, provides witty dialogue and plenty of nods to classic Gothic movies. Richard Edlund's special effects are skilfully achieved and incredibly imaginative throughout.